Truly one of the best holidays, in my opinion. And not just because of the hilarious classic starring the love of my life, Bill Murray.

But also, because it means we survived January.
A whole month of it being too cold, everyone still being a little tired and broke from the holidays, work being slow, all of the pressure to stop eating bread and start rigorously exercising (Boo!), and no one having any idea what year it is.

But it's over you guys. We made it.
Technically it's still cold, but the rest of them are downhill from here.

January did have some perks for me though, and here they are: 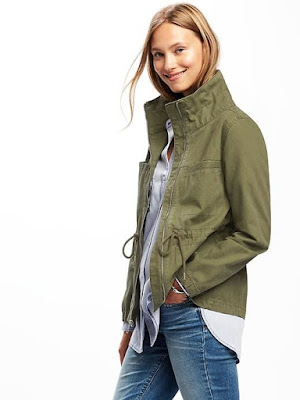 It was my birthday last week, and this was my shiny new present to myself!
I love it so much, partially because I tried it on a full year ago (!) and was about 95% sure that I loved it at the time, but I didn't buy it. And I hadn't found an army green jacket that I liked as much anywhere else in the meantime, so as the saying goes 'If you're not sure about it, go home and sleep on it for 365 DAYS, and then if you still want it and it's still available and you haven't died of old age - it's time to get it!'

I also love it because it was 40% off, and I don't remember the last time I spent $26 on something I adore so much.

Just goes to show that good things come to those who wait.
Or who are indecisive and lazy. 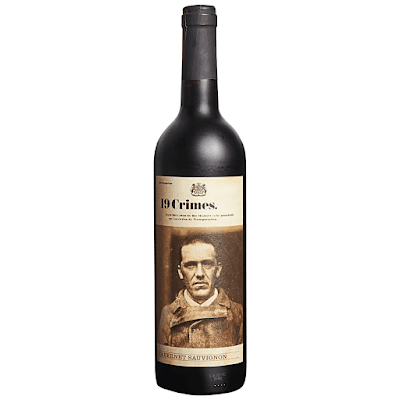 Most years on my birthday, I request the same thing: a Gourmet Chicken Garlic Pizza from Papa Murphy's, a nice bottle of wine, and to snuggle up in front of a show or movie for the night.
I know. I'm SO high maintenance.

Luke picked up a 19 Crimes Cab for us, knowing that after trying it earlier this year, I fell in love with it.

It's bold, but without being too heavy, and has the perfect balance of fruity and oaky for my taste.

But let me also caveat this with where I'm at on the Wine Snob Scale (WSS for short):
Let's say that 1= the Franzia drinker who has no preference for style or quality of wine,
and that 10= Self-proclaimed "connoisseurs" who sniff and swirl and spit and wouldn't dare drink anything less than $50 a bottle.

I can't drink complete swill and I do have preferences about which wines I personally like and dislike (Cabernet: Yes! Merlot: Boo. Sauvignon Blanc: Yes! Riesling: Boo., etc.), but am also a believer that some box wines are actually good, and if a bottle costs enough to SUPPORT A CHILD IN A THIRD WORLD COUNTRY FOR SIX MONTHS that I would constitute that as a "rare and very special occasion" and "that somebody else is paying for."

So take that in consideration when reading any of my wine reviews.

19 Crimes averages $10 a bottle, depending on where you live. I've had the Cab and the Shiraz , which are both excellent. 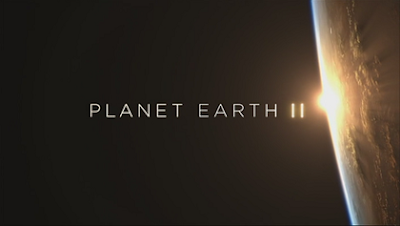 Planet Earth Two, you guys.
It. Is. AWESOME.

This BBC Documentary was released in 2016 and became available on Netflix in just the last couple months. One Saturday morning, Luke turned it on for all of us to watch together, and within less than a couple of minutes, we were ALL completely captivated.

The series, made up of six installments (Islands, Mountains, Jungles, Deserts, Grasslands, and Cities), lets you follow wildlife from around the world in a high definition and up close and personal experience.
The Narrator (David Attenborough) does an amazing job, leaving you both informed and entertained; the music (composed by a little-known dude by the name of Hans Zimmer) keeps you totally enraptured in the narrative of whichever animal is in the spotlight, and most of all the videography will absolutely BLOW YOUR MIND.

Most memorably, there is this one scene in the first episode "Islands", where all of these snakes are chasing an Iguana that just hatched from underneath the sand, that literally left ALL OF US (two fully grown adults and three kids between the ages of 6 and 3 years old) sitting on the edge of our couch or straight up standing in our living room, yelling and cheering at the TV.
Not even joking. Go watch it, and you'll understand.

I have seriously never been more emotionally invested in the lives of random animals I didn't even know existed, than I have been the last couple weeks.

One of the most amazing things about the experience of watching this, especially with your family, is how much genuine and profound awe it inspires towards our Creator.
We're watching this and learning about how male sandgrouse will travel 120 miles each day, to and from a watering hole, risking very likely death from predators, in order to bring water back to his chicks; or the way the pygmy sloths search each other out, crossing Caribbean islands (not very fast, mind you), in order to mate during one season; and I'm just thinking:

Oh. My. Lord!
What an ingenious Maker you are!
How you have created all of these EXTREMELY DIFFERENT lifeforms and how you continually sustain them, is nothing short of magnificent.
This should (and does!) make us, as His creation, fall on our knees and worship. In a beautiful and rightful way.

And even moreso, it reminds me of the verse in Matthew that says:
"Look at the birds of the air: they neither sow nor reap nor gather into barns, and yet your heavenly Father feeds them. Are you not of more value than they?"

If God didn't just create, but he also cares about, all of these minuscule details in the beautiful animals he created, how much more does he care about the small details in our life,
who He made in His own image?

The whole experience is amazing, and getting to show and marvel and talk about God's glory as a family is so important and fun and special. Which is why it's easily one of my Current Faves. 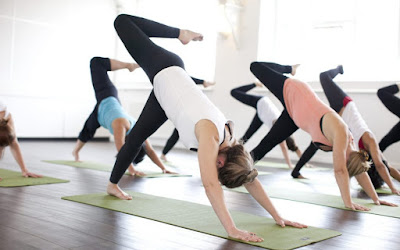 This month Luke and I have been doing Yoga class together on Saturday mornings at the YMCA.
This all started out as sort of an accident because we meant to go to the Pilates class that starts at 9am, but because we are lazy on Saturday mornings and also parents of small children, we were naturally running late, so we just decided to go to the next class at 10 am, which was, you guessed it, Yoga.

Some equally Fun and Weird aspects of Yoga are:
1.) The bizarre names of the poses we are told to morph our bodies into, like Chatarunga and Tikka Masala and Snakes On A Plane.
(Ok, I'm pretty sure only one of those is real.)
2.) The fact that my elbows are double-jointed, so sometimes I don't know if the position we're doing is helping me stretch and build muscle, or if my arm is about to pop out of it's socket.
(I guess time and Emergency Room visits will tell.)
3.) During the last 10-15 minutes of class, we do something called Saddam Hussein (I just made that up, I have no idea what it's called) where we literally JUST LAY THERE.
On mats!
Like Preschoolers!
During nap time!

And all I can think of while I'm laying in complete silence (except for the CD playing the calming "Huuuuummmmmm" sounds) is:
This is... THE BEST... exercise class I've ever been in.

Why is this the first time I've gone to this class?! Sign me up as a regular, baby!
WHY AREN'T ALL EXERCISE CLASSES LIKE THIS?

All they'd need to do to truly reach perfection is to serve mimosas and pancakes (not to be nitpicky or anything.)

Anyway, that's about it.
And just as a reminder of the time I met Bill Murray in the Minneapolis Airport, here's a fuzzy picture of us: 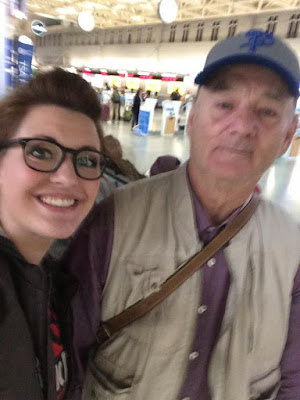 The only reason it's fuzzy is because I had only eaten FIVE CUPS OF COFFEE for breakfast that day, when I calmly bumped into him (and by "calmly bumped into" I, of course, mean that I saw him across the airport and immediately left my luggage with a complete stranger and hyperactively jumped over 14 people in line to security in order to get to him. No big deal.)

He obviously is super impressed with my cool demeanor.

Posted by Elise Johnson at 1:55 PM No comments: