Hello! I haven't been able to write in awhile because we've had a lot going on in life, so it feels good to be back and at it again. Here's a few quick life updates: 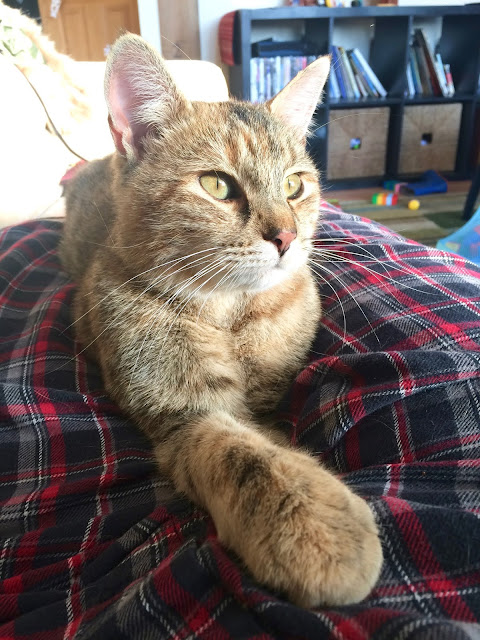 Stella, our farm cat, who has been the most amazing cat for the last couple years, disappeared over a month ago and hasn't been seen since. We live in the country, and she spends most of her time outside so common sense would suggest that at this point she's probably not coming back.
We've been sad about it, because she really was the most sweet, patient cat who was a great mama and mouse hunter.

Fortunately, we had kept one of her kittens around (the rest we had already found homes for) and she is as delightful as ever. 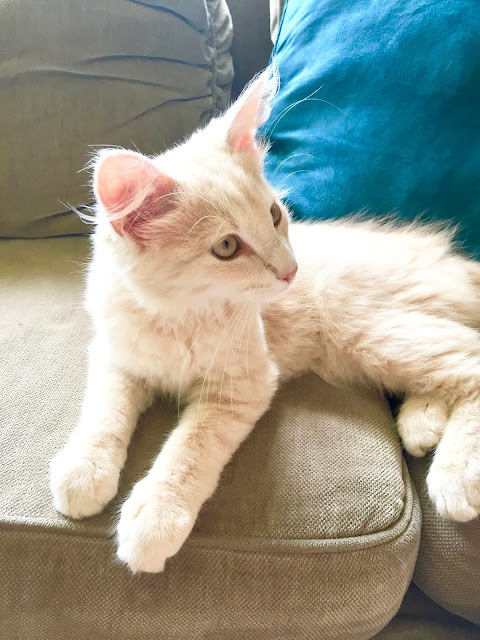 If there was labrador puppy version of a cat, this one is it.
She loves everyone, follows us around, cries when she gets lonely, purrs whenever she's touched, and plays ALL THE TIME.
While Stella's magnificence is irreplaceable, Buttercup is a pretty close second (my mom named her while we were watching The Princess Bride and it just kinda stuck.)

2.) We ended our season of being a foster family.

After some time of thinking and praying about it, Luke and I decided that we needed to not renew our foster license (which was coming up next month) and focus on some important things at home.
Recently a couple of our biological kids, one in particular, have been going through some hard and challenging things, and have just really needed our attention in unique ways and extra amounts.
It became pretty obvious that as much as we have all loved this ministry, that we needed to mainly just focus on our first one now.

The past 2 years have been a really precious season. We've fostered 10 different kids and we're able to love on and care for and pray over them all for different lengths of time. The whole experience was hard and crazy and beautiful and challenging and good. It ran the gamut of emotions, anywhere from "We wish we could keep them forever!" to "Oh my gosh, WE CANNOT HANDLE THIS."

It grew us and grew our kids, and was not at all but also exactly what we expected it to be.
So it's been a bittersweet process for this season to come to a close, because of our love and passion for this ministry. But we also are going into a new season with a lot of hopefulness and peace that what is being taken off and put on our plate is exactly what God has for us right now.

Maybe we'll foster again someday, but until then we have our priorities ordered and our work cut out for us. 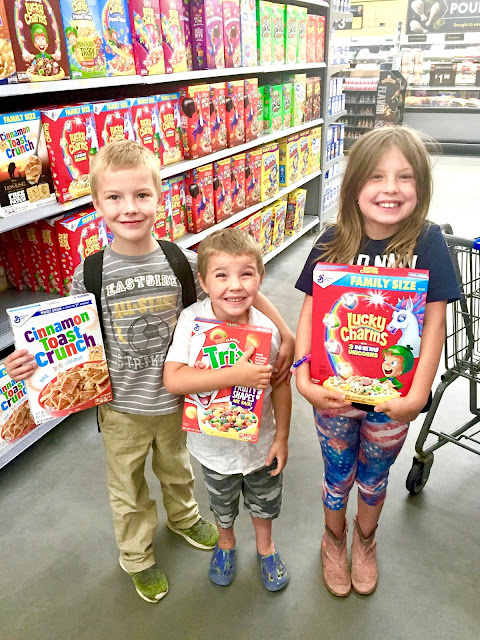 We had two foster girls living with us for the past two months, so the morning after they left I took the kids to the store and let them each pick out whatever garbage cereal they wanted as a special treat. It was a Thank You for sharing their parents and their space and their life for the past couple years, and being examples of Jesus to all of these little kids.

They were super blessed and excited and then they pooped neon green for three days.

It got to be that time again to chop my darling daughter's hair off.

As much as Luke and I both love her hair long (especially with that natural blonde ombre that most people have to spend a fortune to get), she also just has A TON of it. And the responsibility of having to brush it out every day (or at least, you know...every few days) has just proved too great a burden for a busy 8-year-old to bear. Which hey, I completely understand! When you have legos to build, and paintings to paint, and swing sets to swing on, and mermaid/princess/pirates to transform into every hour of the day--you just don't have any minutes to waste in front a mirror.

But then of course, it only takes so long of living with that level of beauty regiment before your hair starts dreading itself and you consistently look homeless.

So we decided it was time for an easy, summer cut that wouldn't require a ton of work or tears for either of us. 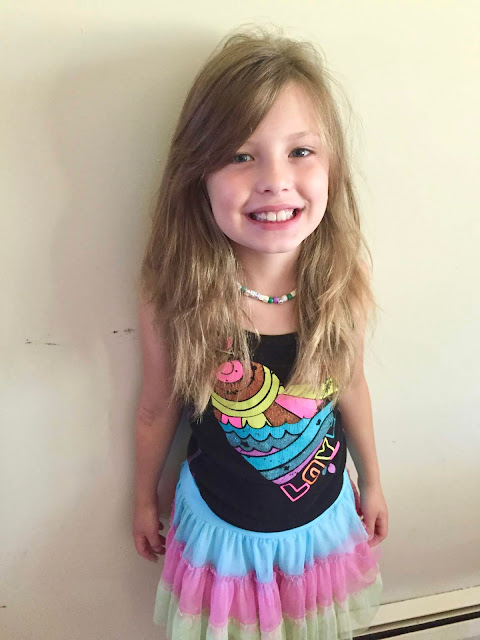 This is the picture I took right after we brushed it out as much as we could and before I cut it. 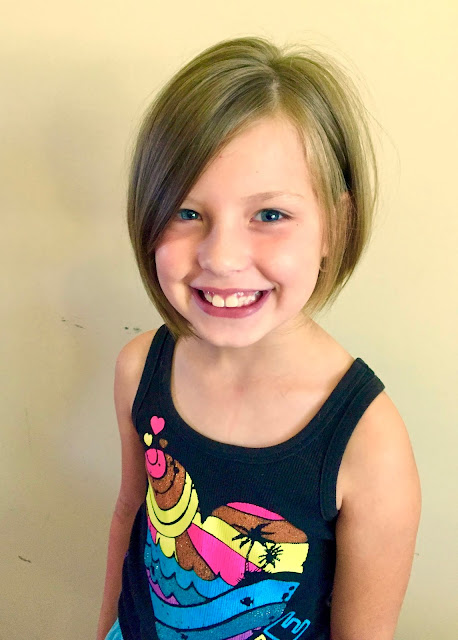 I was hesitant to cut it now before her bangs had grown out to chin length, but I decided to go ahead with it and just shape them a bit to make it work.
It's about an inch shorter than I was planning on going, but I came across a pretty bad knot that would have cost us an hour of combing and crying to get out, so I decided to just cut it out. But this way, I probably won't have to give her another haircut for a couple of months.

She's looking adorable and she's super happy with it (possibly because now that she has even less to maintain, she'll aspire to reach new levels on the Ragamuffin Scale.)

But we'll call it a success either way.

Posted by Elise Johnson at 2:05 PM No comments: