Hi strangers!
I decided to do a super-sized Current Faves post since I've barely blogged this year because I've become a lifeless, uncreative shell of a human being been super busy!
And by the way, the size of this post is what I was referring to by the word "dump" in it's title, and did not actually mean to insinuate that this entire year resembles the steamy, putrid content of a landfill or toilet.
(Although I'm also not going to deny that accusation, if I happened to hear it.
I'm here to enrich your lives with nice things, not sell you hurtful lies.)
Let's begin, shall we? 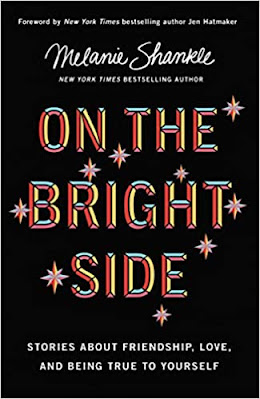 1.) On The Bright Side by Melanie Shankle
I've been a huge fan of Melanie's blog and books for yeeeeeeaars (I actually wrote about one of her memoirs in my very first Current Faves post) and her latest book On The Bright Side is not only an absolute delight to read but also divinely timed, considering how easy it is to only look on the not bright side these days, while we are constantly bombarded with horrible news.
Her writing voice is so witty and authentic, and it's my absolute favorite thing to get such a refreshing variety of topics in a book, anywhere from trusting God through rejection or in scary seasons of change, to the emotional, but beautiful, rollercoaster of raising teenagers; to the absolute most important clothing staples to have in your wardrobe.
It's both poignantly deep and also a fun, breezy read. I love it all, and it's the book that this year needed.
Get it on Amazon HERE. 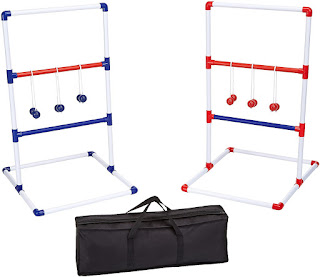 Ok, I realize that summer is basically over, but for those of you who still have plenty of bearable weather left in the year for your area- this lawn game is super fun. Some friends of ours brought it over in the spring and after having a blast playing it with them that evening, I ordered our own set the next day.
I love having lawn games to enjoy with friends, whether it's just dinner with our closest buds or a big party. Similar to Cornhole, it's a 2-4 player game and it's components lend itself perfectly to making lots of mildly dirty jokes.
(Not a joke, but I accidentally called the game "LADDER BALLS" for months on end before I could remember it's actual name. Awesome.)
Get it on Amazon HERE. 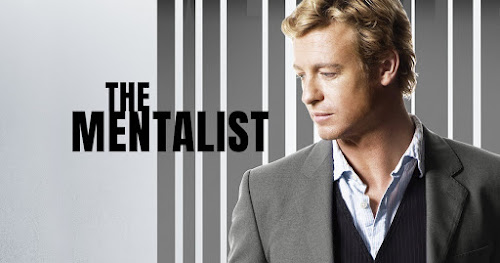 3.) The Mentalist
Let me just share something with you about myself, in case you didn't already know this:
Um.. essentially whenever a television network decides to create a procedural crime drama centered around a by-the-book cop who has to, for varying reasons, pair up with a talented, free-spirited consultant to solve murders and get into dangerous shenanigans with, while also navigating the tension of their romantic chemistry together.... I AM HERE FOR IT. Always!
I am literally their target audience.
I love them. I can't get enough.
Which is just one of the many reasons why I enjoyed The Mentalist, in addition to the fact that the main character is basically a hybrid of Sherlock Holmes and Jack Sparrow, which gives the show such a charming, whimsical feel to it, even in spite of its crime/mystery theme. And while it contained all of the aforementioned cute relational aspects that I love in a procedural crime drama, I did find it less cliche and predictable in a lot of ways.
The whole series is like Psych mixed with Castle mixed with NCIS.
(which all happen to be shows I love.)
All 7 seasons of The Mentalist are on Amazon Prime. Enjoy! 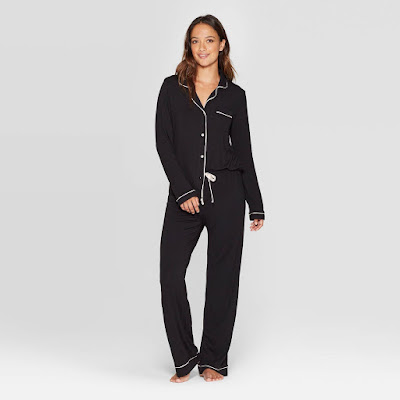 4.) This Pajama Set by Stars Above

How do I even begin to describe a set of pajamas that not only look oh-so darling, but are also so luxuriously soft that they basically feel like you're wearing butter?
These beauties are from Target and I own 3 or 4 sets of them, in different prints and colors.
And also the summer version, with shorts. Basically, I'm obsessed.
Fun Anecdote: I sported these pajamas at the front entrance of my kids' school this last Friday, for the whole local parent community to see!
Because of course the one day that I thought would be fine not getting dressed to drop them off in the carpool line, would actually turn out to be the day we would have a chaotic "WHAT DO YOU MEAN YOU CAN'T FIND YOUR MASK?" crisis that would cause me to have to park and strip-search my car for an item that my kid wears the wrong way most of the time, and end up walking my kids across the street to the school doors in what were obviously the clothes I slept in.
The holy walk of shame.
I feel like I've been officially baptized as a carpool parent.
And I've gotta say.. it wasn't as undignifying as it could have been.
Mainly because I was in these adorable, classy pajamas; and not an old In-N-Out t-shirt and boxer shorts.
Give yourself a gift, and get a set of this glorious sleepwear at your local Target or their website. 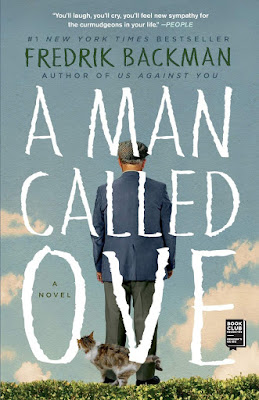 5.) A Man Called Ove by Fredrik Backman
This was just the most charming, delightful read.
It starts out introducing a grumpy, old man who hates everyone and has very little to live for. As the book progresses, you start seeing what experiences he had throughout his life that made him the way he is, while he also starts meeting new people who change his outlook on life and love and purpose.
It's captivating, enjoyable, and beautifully written. You'll love it.
Get it on Amazon HERE. 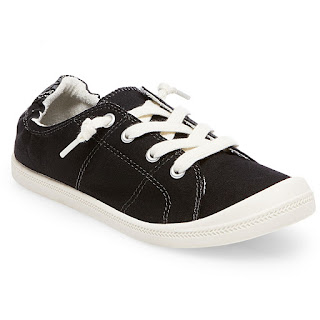 6.) Slip-on Canvas Sneakers
Meet my favorite shoe for the past 2 years.
I bought these cuties at Target a couple years ago, and instantly fell in love.
Because they're an adorable, simple sneaker!
With a small arch for those of us whose feet aren't shaped like skis!
And memory foam and canvas that shape to the contour of our foot!
And they aren't too narrow and aren't too wide!
And you can slip them on easily and wear them without socks, even though some people find that gross!
And they look great with jeans or leggings or your pajamas in your kid's school parking lot!
The possibilities and comfort levels are endless!
Get them at your local Target or their website. 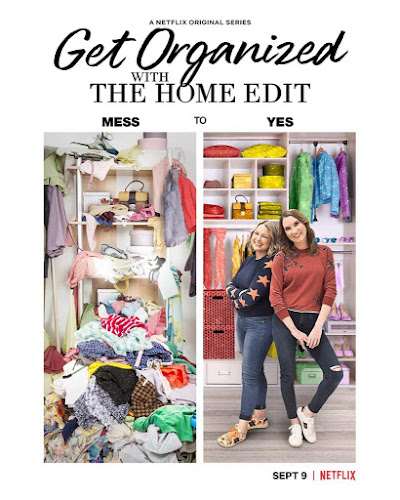 7.) Get Organized with The Home Edit
In case you didn't already jump on Netflix' newest bandwagon, I'm happy to introduce you to your next binge watch.
The Home Edit is a company created and run by Clea and Joanna, whose clients, whether average people or celebrities, hire them to come in and organize different spaces of their homes, offices, classrooms, etc. And let me tell you, as someone who basically gets an endorphin rush looking at cabinets and pantries and closets perfectly organized by size AND COLOR, this show had me drooling as much as watching Gordon Ramsey make a beef wellington.
Not only did I get a ton of organization inspiration and ideas from the episodes, but I also can't help but beam over these two amazing women running a company, who are brilliant and funny and totally supportive of each other. It's just the type of beautiful girl power that I totally gush over.
Their energy and positivity will make you smile non-stop, I highly recommend giving it a watch on Netflix. 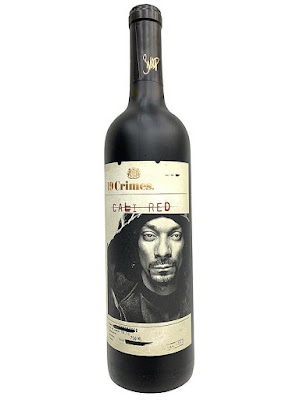 8.) Snoop Dogg Wine
Yes, you read that correctly.
I think at this point, we can't exactly say that this year has been aaaall garbage because first of all- it gave us Hamilton in our living rooms.
I think God knew we needed that.
And now secondly- it gave us a decent wine with Snoop Dogg's face on the label.
I feel like we can all agree that this is the 2020 version of winning the lottery.
I've been a fan of 19 Crimes wine for years, so obviously trying this was a no brainer. Even though this one is a Cali Red, which tend to be fruity blends, and I usually prefer my red wines to be more dry and spicy (coincidentally also how I like my people), I still very much enjoyed this one.
Grab a bottle at your local liquor store and enjoy a glass while wearing your buttery pajamas and reading a book or watching peppy, adorable women organize Reese Witherspoon's closet.
You'll thank me later.
Posted by Elise Johnson at 3:30 PM No comments: